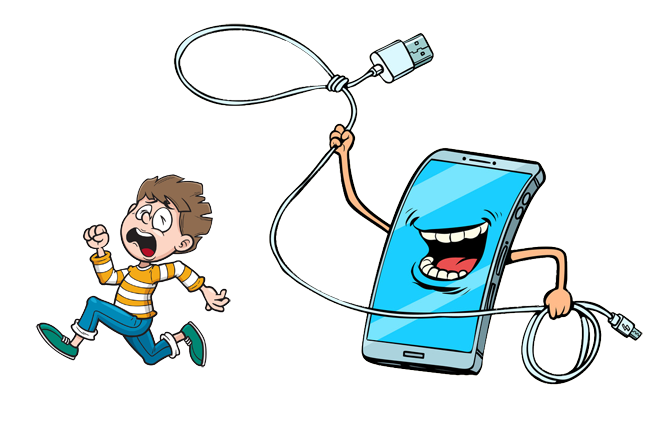 Mobile phones have made our lives much easier having access to the web in the palm of our hands. Yet as a parent, you ought to be concerned about the impact that devices such as mobile phones can have on your child. Below are some reasons why your child doesn’t need a mobile phone.

Limits their Creativity and Imaginations

With easy access to the web and apps, kids now have a platform to be bombarded with various exciting games and videos. These games and videos limit their creativity and imaginations and slow their motor and optical sensory development.

Causes them to get Less Sleep

The blue light emitted by screens on mobile phones, computers, tablets, and televisions restrains the production of melatonin, the hormone that controls your sleep/wake cycle or circadian rhythm. Reducing melatonin makes it harder to fall and stay asleep.

Mobile phone addiction works similarly to game addiction. Every once in awhile the user receives some sort of a reward. This might be a message, alike, a notification, or anything else which is pleasurable to receive, but whose arrival is unpredictable. Whenever we get a reward like this, dopamine controlling the pleasure centers releases in the brain. So it makes people feel happy and desire more.

You may be surprised to find out that only 61% of youth use privacy settings on their social media sites and 52% don’t turn off their location or GPS services. This leaves their locations visible to strangers. But the scariest was that 14% of children have posted their home addresses online.

Wikipedia defines it as the use of information technology to repeatedly harm or harass other people in a deliberate manner. “That may be posting rumors or gossip, but it can elevate to personally identifying victims and publishing material that defames and humiliates them.

Suicide is the third leading cause of death among young people according to the centers for Disease Control and Prevention. That’s about 4,400 deaths every year! And that doesn’t include the 440,000 suicide attempts that were unsuccessful.

Several studies have linked frequent mobile phone use to lower grades and unhappiness. One study was from researchers from the College of Education Health and Human Services at Kent State University in Ohio on undergraduate students. They linked cell phone usage levels to GPA scores and anxiety levels. The higher a student’s mobile phone use, the lower the grades and the higher the anxiety.